Lockdown issues: How to paint without paint

How do I paint when I don’t have any space at home?

I am currently following the lock-down rules, so going to my studio is difficult, as it is in a shared building. So as a painter I am currently working from home, along with many other people. But I have a frustrating lack of space at home and I’m a messy painter! So I decided in order to end my artist’s block, I was going to have to take a change of direction.

I decided to move in to Oil Pastels as a temporary alternative to my painting/mixed media work done in the studio. Well armed with my inspiration from several famous artists I knew this could work for my artwork. I have used pastels before, but not recently.

Here are some examples of some well known artists and the work they have achieved with pastels as their medium:

Degas is probably the most famous for his pastel artwork. He used them for portraits and sometimes as studies for future oil paintings. He sometimes combined pastels with other media, such as watercolour, oil, and monotype, creating varied surfaces with paint qualities applied in complex layers.

I’ve seen different versions of the painting titled L’Etoile, The Star. A ballerina on the stage appearing to move and balance in the bright spotlight. We view her as if from the audience. Interestingly there is a strong contrast between the bright foreground and dark background, with hidden figures, supposedly a male patron awaiting his star.

Pastels played an important role in the Impressionist movement, which formally launched in 1874 and helped set the course of European painting for the next quarter century. Nearly all the key Impressionists experimented with pastels, whose brilliant colours and potential for bold, graphic handling suited the daring, independent spirit of the group. Thanks to their portability, pastels prove useful for working en plein air. I plan to take my pastels out on Dartmoor to experiment when I am sketching outdoors.

Millet was a French artist and one of the founders of the Barbizon school in rural France. He is known for his paintings of peasant farmers and can be categorized as part of the Realism art movement. Toward the end of his career he became increasingly interested in painting pure landscapes. He is known best for his oil paintings but is also noted for his pastels, conte crayon drawings, and etchings.

Millet excelled in the medium of pastel, and his skill as a draftsman and colourist are evident here in the rich variety of greens that set off the flowers and in the delicacy of the dandelions, which are shown in all phases from bud to seed. I am a particular fan of dandelions, which is why I included this image.

Pablo Picasso changed direction many times in his career, covering many varieties of paintings, sculpture, collage and oil pastel artwork. Infact he helped to develop oil pastels, as we know them, in conjunction with Henri Sennelier.

Oil pastels had been on the market since 1925, but they were typically low in quality and intended for younger artists and students. In 1949, Picasso was seeking a high-quality version that could be used on a variety of surfaces. He approached his friend and fellow painter Henri Goetz with a request: ask art supply manufacturer Henri Sennelier to create a new and improved oil pastel. The Sennelier shop created and started selling their famous oil pastels shortly after this meeting, and the rest is history.

Sennelier oil pastels are buttery, blendable, and with a higher pigment-to-binder ratio than any other brand. I read these were the best and so this is where I started my exploration into the world of oil pastels.

Why do artists use oil pastels?

Oil pastels are a unique drawing/painting medium for creating coloured images and they have unique characteristics. You can use them alone or over other media. Oil pastels behave in a similar fashion to traditional soft pastels, but they also possess characteristics that are similar to that of crayons.

Can I use pastels on canvas?

Pastels are very versatile and can be used on a range of surfaces. There just needs to be enough tooth or texture for the pastels to get a grip. I am experimenting with textured papers in different colours.

What kind of paper should I use for oil pastels?

I am using a heavyweight, textured paper, 160g, made by Canson. Thin or flimsy paper would tend to soak up the oils too much and probably not last well over time.

Do oil pastels need to dry?

Oil pastel is unlike oil paint in that it never dries. The drawing/painting will always be smudge-able and can attract dust to the surface. I have used a spray fixative in light layers to stop the work smudging further.

How do you blend pastels?

I have been using my fingers to blend, along with cotton buds (q-tips), tissues and some paper tortillion sticks. I have ordered some silicon ended smudging sticks, which are washable and I think may help, but I have not tried them yet.

As I apply colours I also vary the amount of pressure, to create more interesting marks. Plus I have been trying different mediums to add with smudging and blending – Baby Oil and Zest It pencil blender both seem to work well. It is also possible to use linseed oil or turpentine in the same way.

How do I mix up new colours?

I build up differ hues by overlapping strokes of colour side by side and/or blending. It can take a few layers to get it right. When it goes wrong it is possible to rub/scrub out an offending area back to the paper layer, but you have to be careful not to damage the paper.

Temperature affects the firmness of oil pastels, when warm they flow more easily and cooled they are more firm. I have read you can chill them in the fridge to make them easier to handle, but I have not tried this yet.

Can you mix oil pastels with other media?

It is important to remember the rule ‘fat over lean’ when mixing different media. You can use acrylic, watercolour, pencil, markers etc. UNDER oil pastels. But is it not possible to paint over them as the oiliest medium should always be on top.  Oil pastels do not dry, so they need to be on the top layer. 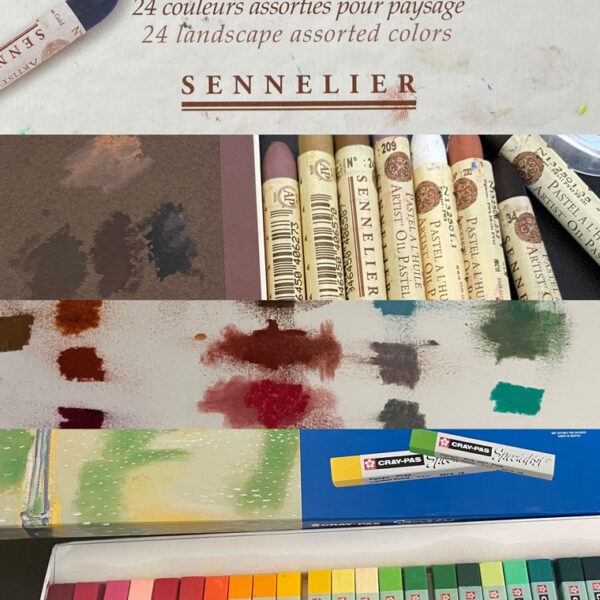 April 5, 2021
Night Time View from a Window by Sally Kirk. Experiments with Oil Pastels: I have been continuing my experiments with oil pastels and I am... Continue reading 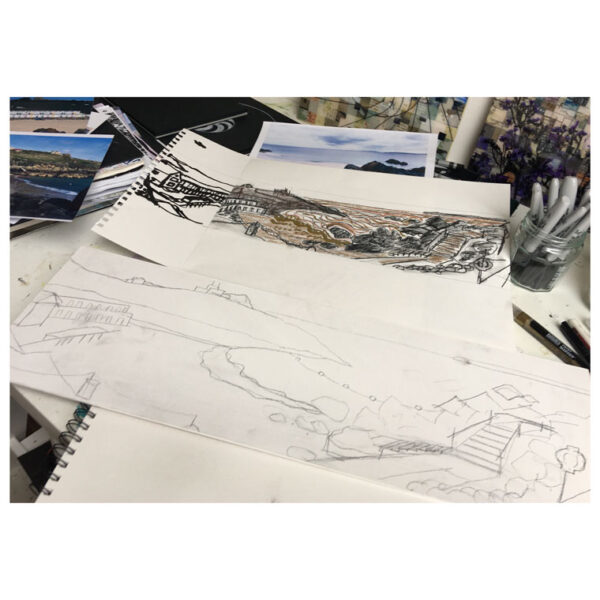 January 17, 2021
Carbon paper and drawing tools. That blank sheet: So some days I can stare at a blank sheet of paper and not know where to... Continue reading 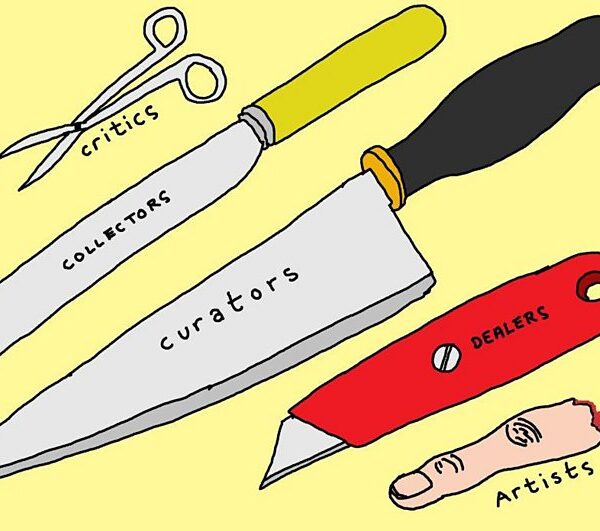 December 13, 2020
Illustration by Grayson Perry. Today I have been thinking about what I listen to while in the studio. I love pod casts, audio books, and... Continue reading 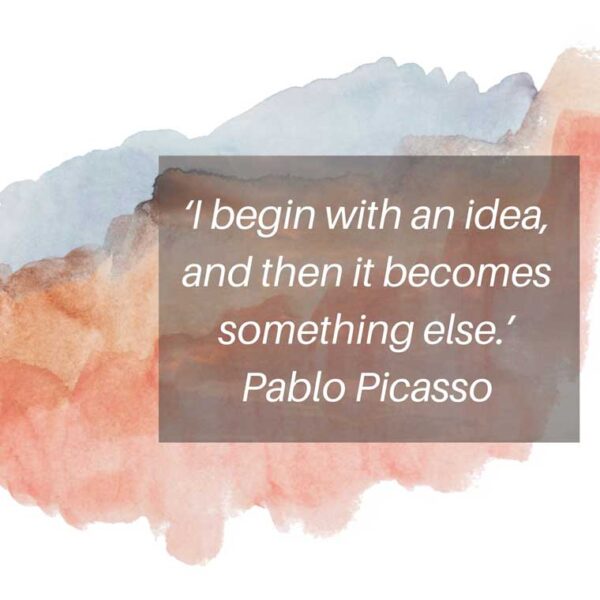 November 13, 2020
As an artist this is a question I get asked, so it was time I considered an answer. Usually I get an idea, play with... Continue reading

Where does my inspiration come from?

October 17, 2020
Angle Bay by John Piper 1938 watercolour, ink and collage. I have been working a lot in collage lately as it seems to fit my... Continue reading